Theater Inside and Out of Our Doors

“This isn’t about Broadway or the movies; this is life.

This is us exploring ourselves, finding our voices, discussing relevant issues. This is cool.” 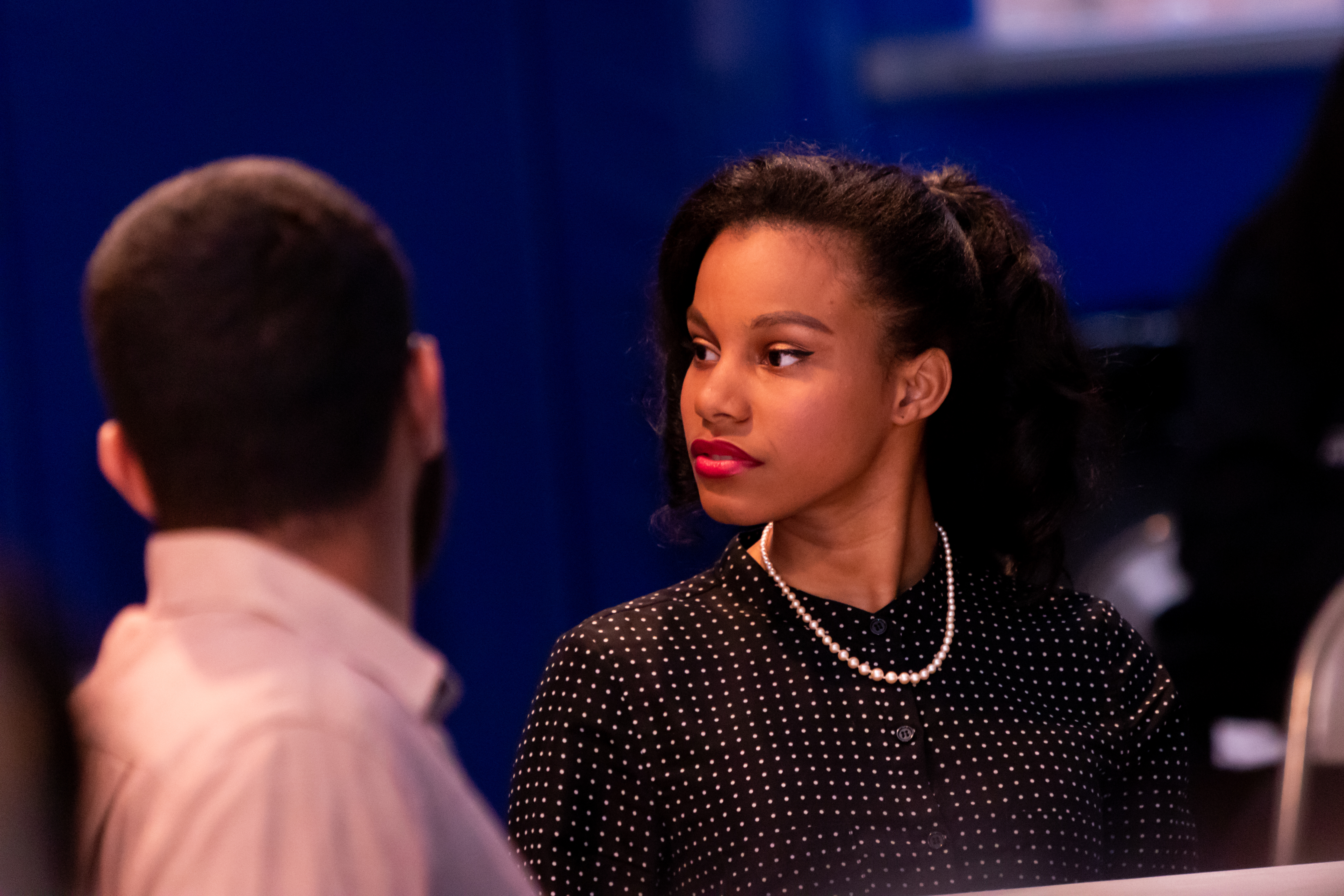 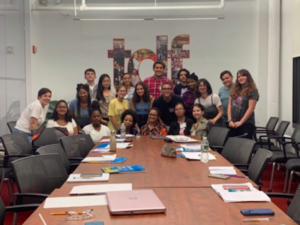 This month, Ginelly participated in the TDF Young Playwrights’ Summer Intensive (pictured), where she studied in master classes along with other teen playwrights from the tri-state area. The program culminated in a performance of the students’ original work last Friday (8/16) in Times Square. Ginelly’s scene ‘Behind Closed Doors’ was featured! 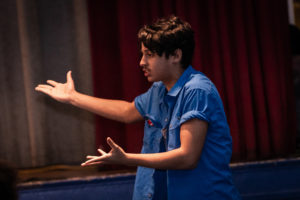 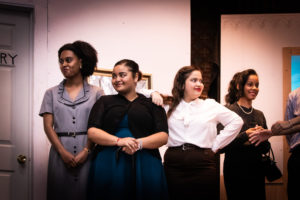 We were so proud of Andrew (left) and Briany (right; white shirt) when they chose to audition for an SVA student film about Dominican teenagers who turn out to have superpowers, and we expect the film will be as exciting as it sounds. They will both perform as voice-over leads in the film. Andrew will also be performing as an extra in the new Spielberg rendition of West Side Story! 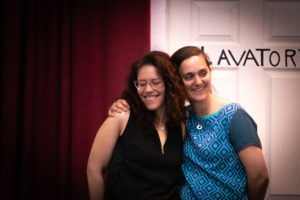 Rachel Bingman (right) and Alyssa Rivera (left) started our drama program from the ground up two years ago while Rachel was co-teaching as a special educator. This year, she will transition to teaching drama full-time, as well as leading the school’s extracurricular theater initiatives.

“I don’t think I’ve been so excited about something in my whole teaching career!” says Rachel.

Her curriculum feeds into what she hopes will become an ongoing student engagement around issues relevant to the community, because she believes theater is one of the most powerful ways we can communicate sensitive subject matter to each other.

To this end, Mrs. Bingman will direct smaller projects throughout the year, leading up to the school’s third spring show, a bilingual production of the musical Little Shop of Horrors. She is working with a team to adapt the Spanish portions of the script into Dominican Spanish dialect, “so that this musical feels like it could happen at a flower shop down the street from here.”

It excites us to note that a significant portion of our theater students are English Language Learners and students with disabilities. Rachel speaks with pride about students who have performed courageously in her plays despite added obstacles and language barriers. We love to see our school’s inclusive values displayed in a diversity of contexts, and it is especially fun to watch that happen on the stage! 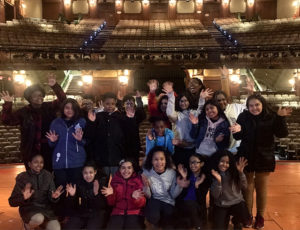 Our middle school theater director, Dominique Porter, had the idea to bring her students to London when she was there herself last summer. She sensed it would inspire students transitioning from middle school to high school to continue in theater, even when it leads them outside of their comfort zone.

Last year, a group of committed 7th and 8th grade students began work reading, writing and researching in preparation for the trip, and the now 8th and 9th graders will be traveling to London this Spring. Along with other students from around the US, they will participate in workshops at a London theater conservatory, see Shakespeare plays at the Globe Theater, and more!

“This will be the first time any of these students have ever been to London, and the first time something they’ve studied is right in front of them like this,” says Dominique. “The parents and myself have made a commitment to fundraise in order to make this an equitable trip,” she continues. “We do it with the hope and goal that every student who wants to go and has put in the work, regardless of their economic background, will be able to go on this trip.”

Funds raised will be used to sponsor student flight, hotel, food and tour costs. We’re excited to do all things necessary to send our students on this exciting opportunity, and we hope it will be the first of many for them.

Want to hear what our students are saying about the trip? Watch a video of them here! 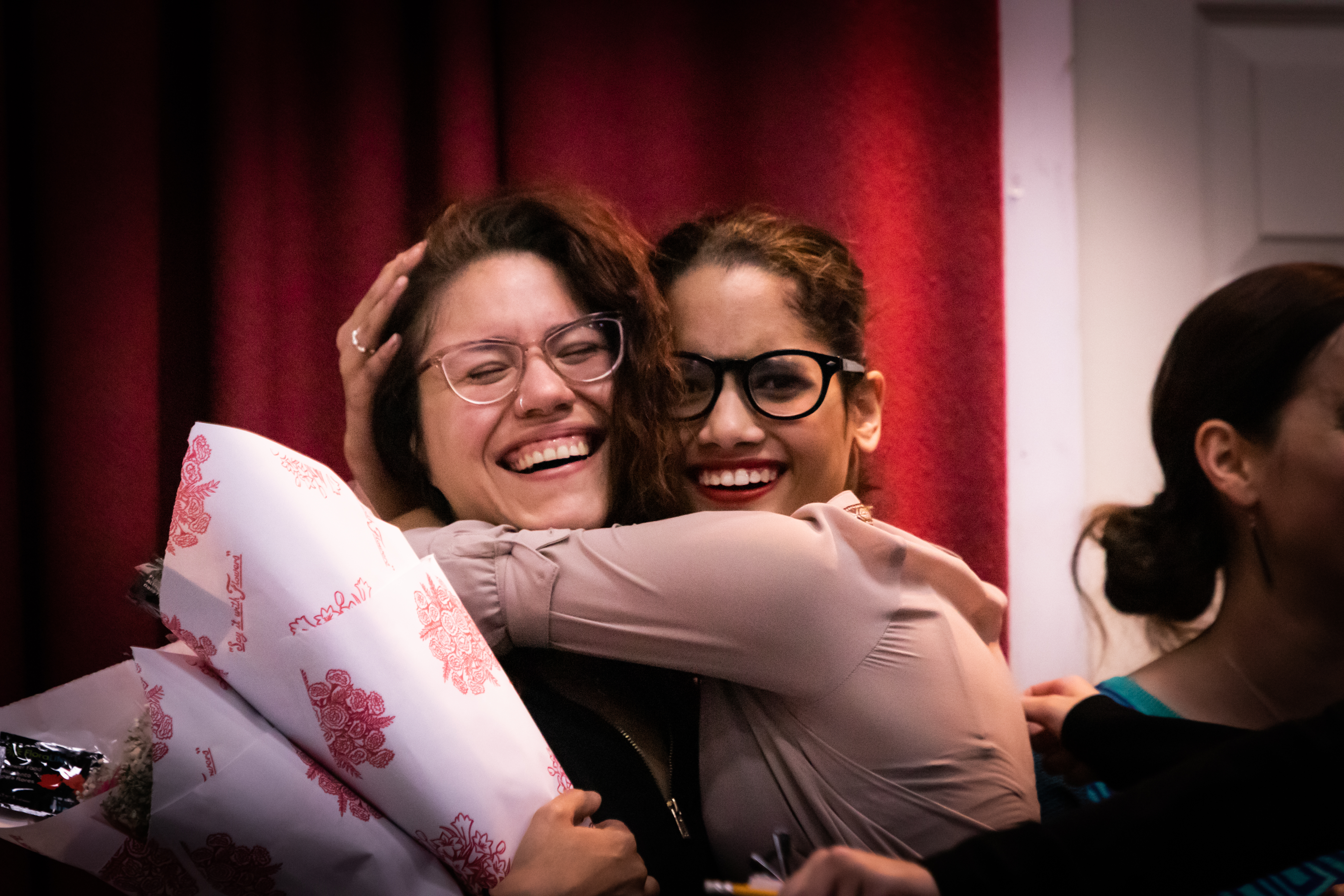 “Drama gave me a network to form bonds with students I might not have spoken to as much, and it became like a second home. My experience with Drama has been enriching and ultimately rewarding. It helped me form some of the best memories of my High School experience.” 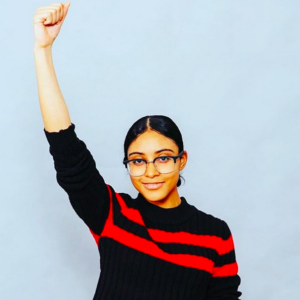 “Drama helps me interact with students in a more enthusiastic way. People in the school congratulate us on how we did on the play.” 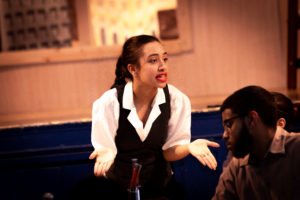