Our summer programming began this week, and we want to pause and highlight a couple of student athletes who have holistically embodied our core values this past year. Star wrestlers, excellent students, and faithful friends, it’s our honor to introduce Rudy Janga and Sujeydy Matos.

Eighth grader Sujeydy Matos has been wrestling since she started attending IAL in fifth grade, and notes her progress over the last four years with pride.

“I lost a lot of matches when I started, but I kept trying. Then I beat a high schooler my sixth grade year and I was like, oh, I want to keep on doing this.” Sujeydy has been competing against high school athletes and excelling ever since.

Last weekend, she left for Fargo, North Dakota to represent New York State at nationals. Wrestling coach Stefan Pryce quickly paid out of pocket to accompany her, and is now raising money to reimburse his travels and fund summer wrestling programming. 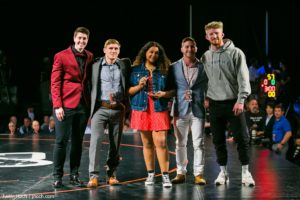 Also deeply admired at IAL is recent graduate and Valedictorian Rudy Janga. Rudy joined more sports teams his sophomore year than he can count on his fingers, and has since narrowed his focus to wrestling, football and volleyball. He has achieved academic excellence and modeled it for his peers, and he also performed in this year’s production of Twelve Angry Jurors. Rudy is winsome, confident and most notably, generous. He served as captain of the wrestling team and a leader on the volleyball team.

Both teams went far in their divisions this year, he says, “and I’m glad I got to do that for two teams at Inwood before I leave.” 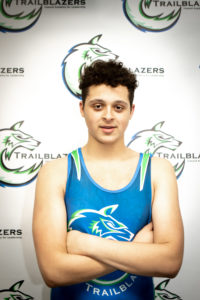 Rudy and Sujeydy work hard for their successes, and say this is one of the attributes that make them a leader.

“I might not be the smartest guy in our class,” Rudy says soberly, “but I have one hundred percent worked the hardest.”

His principal and teachers agree without hesitation that he has earned all of the achievement and influence he now enjoys.

“What people tell me most makes me a good leader is that I follow all the character traits in the school, even when no one’s looking. I try to help people out as much as possible,” Rudy says.

Sujeydy knows the younger students look up to her too, and she is mindful to lead them well. To her, a good leader is able to do what they know is best regardless of what others do or what obstacles stand in the way. “Wrestling has helped me become a leader because I have to work to get what I want,” she says.

“Sujeydy and Rudy worked together regularly,” Coach Pryce says, reflecting on the growth of both teams over the past three years. “He taught her and motivated her to push past her perceived limits, and she, in turn did the same for students new to the sport. As a middle school student she has shown wisdom and leadership beyond her years. Like Rudy, she excels in the classroom as well as on the mat.”

Both athletes talk about the sacrifices they’ve had to make to prioritize academics in light of their athletic passion, forgoing practice to finish assignments. “The reason I do it is for my siblings,” Rudy explains, whose brother and sister both attend IAL’s middle school. “I want them to follow in my path, or create a better one for themselves. So I’m setting the standard high.” 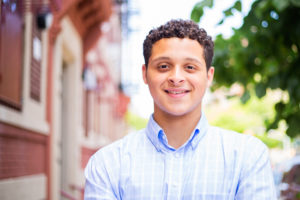 Now graduated, Rudy will be staying in the city attending John Jay College, continuing to invest time in his siblings, friends, and maybe even helping coach Stefan with the wrestling team. He hopes to use the strength and fitness he’s worked for to become a firefighter. 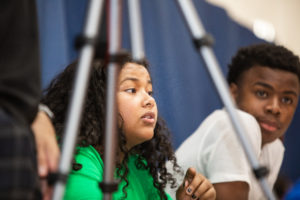 Sujeydy plans to continue studying, achieving academic excellence and wrestling throughout high school and college. She speaks as if growth and improvement were givens, and perhaps they are for students like her and Rudy.

They are students to keep your eye on, and Inwood Academy is honored to have played host to these last few years of their lives. Whether already a part of our community or not, we invite you to join us in walking alongside these excellent athletes—who will likely outrun us all!

You can give at the link below to help fun summer programming for IAL wrestlers and Coach Stefan’s trip to Fargo to support Sujeydy.

“As John C. Maxwell said, Success is when I add value to myself; significance is when I add value to others. My mission is to add value to the lives of our student-athletes. With the continued support of our faculty, staff and donor community, we will be able to provide more opportunities to help our wrestlers excel on and off the mat. With added resources we will be able to provide access to high-level camps and competitions, add a dedicated wrestling room, as well as outfit the team with uniforms evocative of the school pride they possess.” 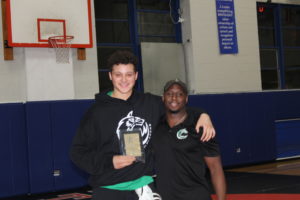