At IAL, we pride ourselves on creating a sense of community, both in and out of school. Creating a compassionate community where we all feel a sense of belonging, so that we are able to grow and learn as individuals as well as a collective, takes time to form. However, after one hour of listening to bestselling author Angie Cruz speak to the prevalent themes of immigration, love, war, sacrifice, and trauma that she beautifully portrayed in her acclaimed novel Dominicana, you felt our community grow more finite and deeper in that short amount of time. 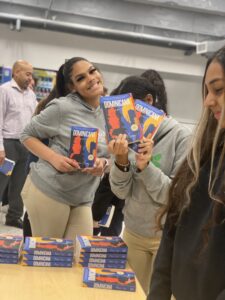 Angie Cruz, a New York born Dominicana who traveled to and from NYC to D.R. for most of her formative years is an acclaimed novelist and editor. On January 5th, she spoke to our IAL high school faculty and students not only about her experiences in writing Dominicana, but she also discussed how and why this novel has a lasting impact on readers.

Dominicana takes place in 1965’s Washington Heights, NY, where our narrator and protagonist, 15 year old Ana Canción, immigrates from the Dominican Republic to New York through an arranged marriage to a much older man, 32 year old Juan Ruiz; their marriage can best be described as a business arrangement; Ana agrees to this marriage out of a sense of duty to her family, who seek an opportunity to move to the United States through Ana and Juan’s union. Throughout the novel, Ana navigates a new world where she neither understands the language nor the customs, and she is forced to endure the physical and verbal abuse of her violent groom. Ana’s story is one of resilience and strife, where our young protagonist struggles to survive in new, unfamiliar land where she has no power, and no voice. Ana’s story is all too familiar, which is why it is a story that must be read, heard and known.

While Dominicana was inspired by Cruz’s mother’s arrival story, Cruz also interviewed several women who, similar to her mother, were first generation female immigrants. As Cruz stated in a 2019 Interview with Apogee Journey, “the stories of working class women of color are under-documented.” It is through listening to these stories, where women spoke about their immigrant experiences as women of color who experienced xenophobia and domestic violence while putting their heads down and moving forward, that Cruz was able to reconstruct a vivid, poignant narrative. 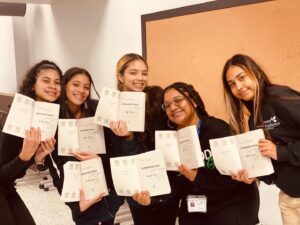 Our IAL audience was riveted as Cruz discussed the rawness of her story, and how she was able to convey not only her mother’s experience but the collective experience of the women that she interviewed. While Dominicana is a work of fiction, upon reading the novel, Ana’s real life counterpart–Cruz’s mother–expressed that Cruz captured the truth of her experience, one that she did not even recognize within herself until she read it in her daughter’s work.

Cruz spoke about how her mother, similar to the women that she interviewed–some of whom were also victims of domestic violence and racism–suppressed some of the trauma that they experienced. However, the Arts serve as a mirror that puts our reflections on full display before us. Once revealed, we are faced with the hard truths that we did not even realize were a part of our existence. For this reason, stories like Dominicana must be told, so that we do not forget these experiences.

After Cruz answered questions, such as Amber Del Valle’s (IAL high school sophomore) poignant question about Ana ever finding herself, as well as faculty and students’ questions about the love triangle between Ana, her husband, and her husband’s brother César, as well as Cruz’s impressions of the immigrant experience, Cruz signed several copies of Dominicana. A line wrapped around the event venue as faculty and students’ alike eagerly awaited for Cruz to sign their copy of Dominicana and to express their gratitude, share their stories and to pose additional questions.

Toward the end of the event, Claire Riccardi, Director of Curriculum & Instruction at IAL, asked a few of our student attendees when they would write their novel. While not everyone will be a novelist, Angie Cruz’s experience–as someone who has an intimate connection to our community–has taught us that we all have a story to tell, and we all have the potential to achieve greatness.

It was an honor and privilege to host this event, and we are very grateful to Angie Cruz for visiting our high school campus and for spending time with IAL faculty and students. 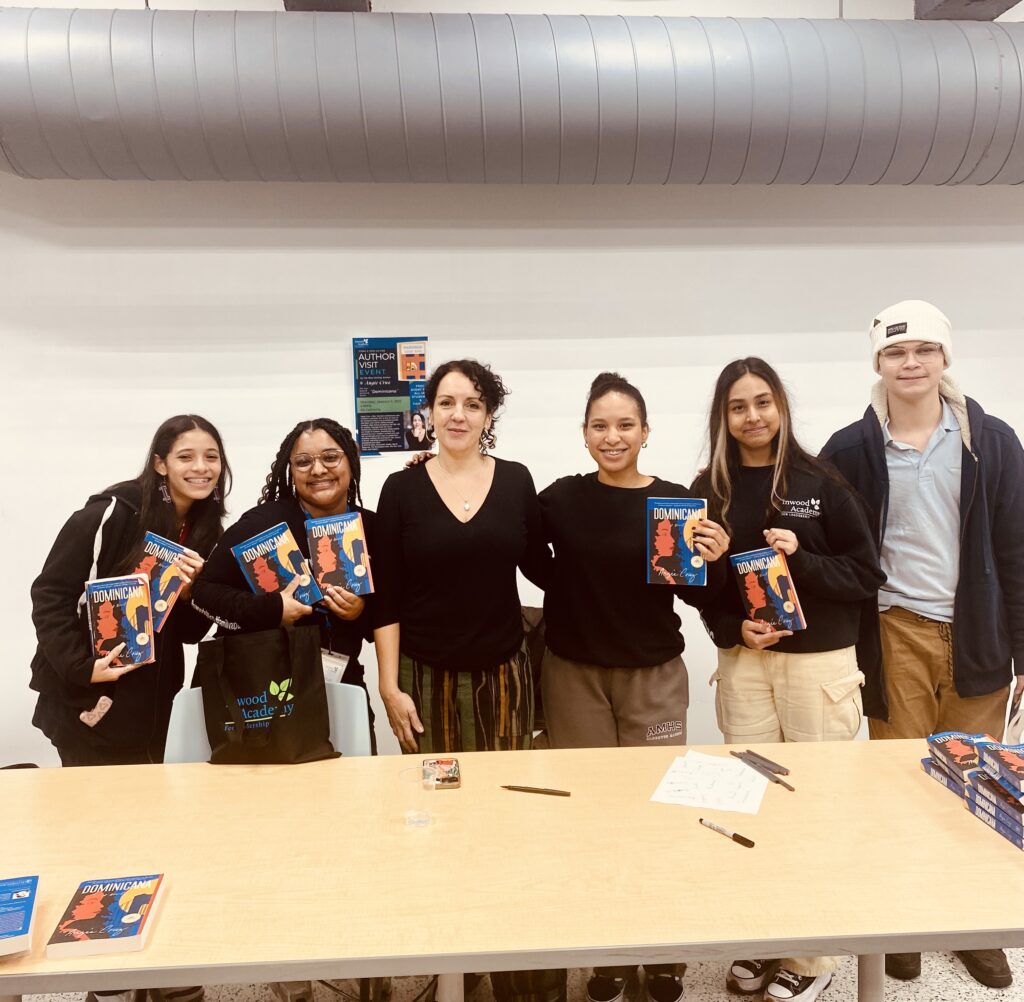 Cruz is also the author of three other novels, How Not To Drown in A Glass of Water, Soledad and Let It Rain Coffee and the recipient of numerous fellowships and residencies including the Lighthouse Fellowship, Siena Art Institute, and the CUNY Dominican Studies Institute Fellowship. Since the publication of Dominiciana, it has earned high praise, including winning the ALA/YALSA Alex Award in fiction, and being named the most anticipated/ best book in 2019 by Time, Newsweek, People, Oprah Magazine, The Washington Post, The New York Times, and Esquire.